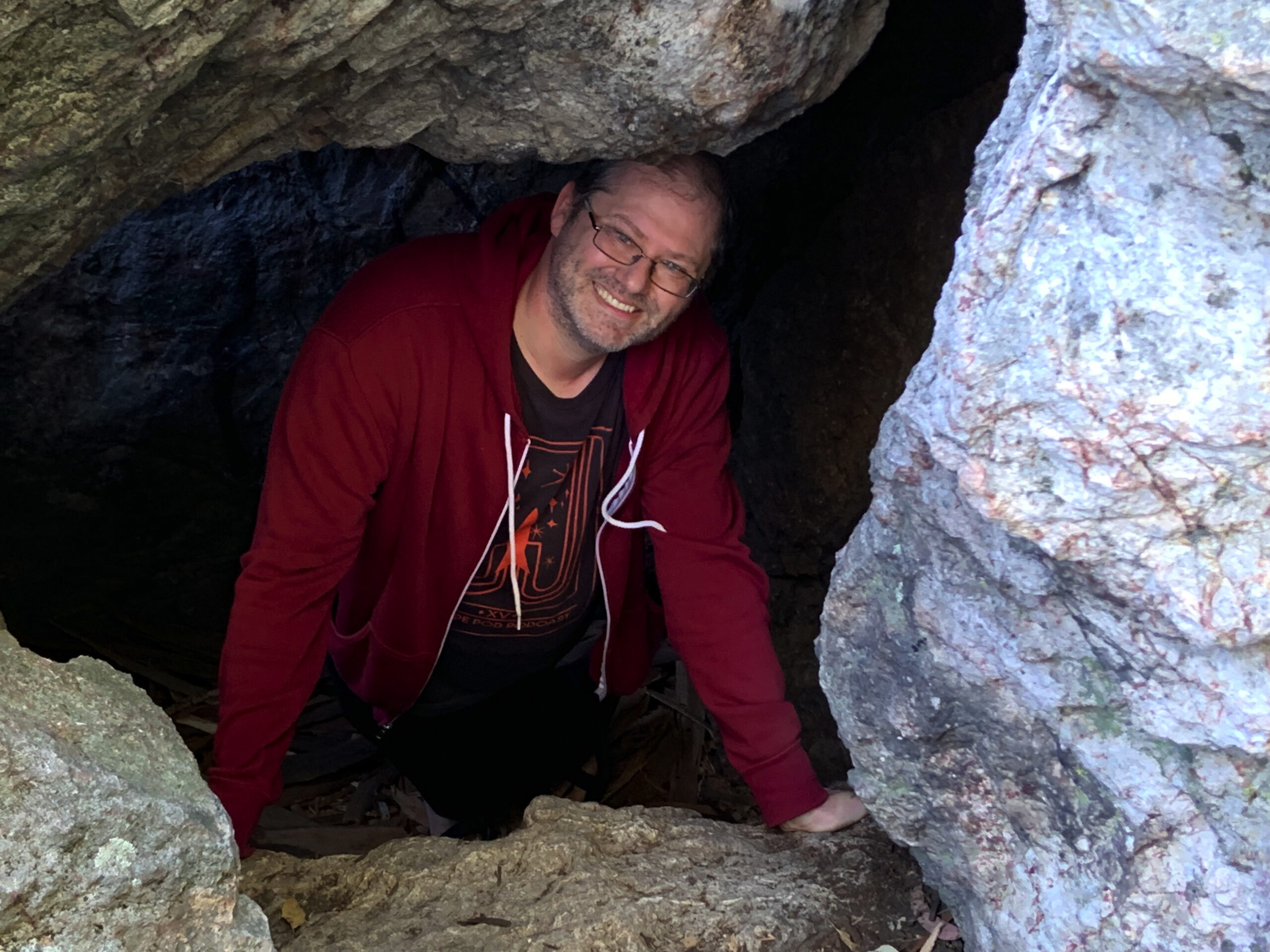 Tim Pratt is the author of more than 20 novels, most recently the Axiom space opera trilogy and multiverse adventures Doors of Sleep and Prison of Sleep.

He’s a Hugo Award winner for short fiction, and has been a finalist for Nebula, World Fantasy, Sturgeon, Mythopoeic, Stoker, and other awards.

His day job is senior editor at Locus, the magazine of the SF and fantasy field.

He tweets incessantly (@timpratt) and publishes a new story every month for patrons at www.patreon.com/timpratt

I don’t force myself not to work, if I want to work, when I’m taking a break; the point is to do what I want, after all, and the intrinsic motivation of making something cool is often invigorating, while the extrinsic motivation of racing a deadline can be stressful. (It doesn’t have to be, really, if you manage your time well, but I had some unavoidable crunch times this year.)

So I’ve been thinking about projects. And project management. Here are some things I want to do, or have been approached about doing, or need to do, put here largely for my own organizational reference… but also as a glimpse into the mind of a working writer who can’t really remember how not to be working:

A story for the Rags and Bones anthology, “The Cold Corner,” which I expect to get drafted this weekend.

A Marla Mason story (for a chapbook promised to my Kickstarter backers), “Mongoose,” which is already half-written, which I will try to finish by month’s end.

A story about Marla’s cloak, “The Cloak: A Selective History”, for the incredibly generous Kickstarter backer who gave me crazy amounts of money in exchange for a new story about a character of his choice produced as a single-copy chapbook. (I will probably also send him some other goodies, as he funded a third of my goal singlehandedly…) I imagine I’ll write that one in early August.

A story about Mecha-Cthulhu (Of course there’s already a steampunk Lovecraft anthology in the works; nothing new under the sun, etc.) purely for my own amusement.

A story about Mr. Li (of “Captain Fantasy and the Secret Masters”) that I promised my friend D I would write for him. To do sometime this fall.

A new story — I’m not sure what yet, the ideas are still vague — for my next collection, which I will probably call “Antiquities and Tangibles and Other Stories.” Then I get to see if I can sell a collection again.

A contemporary fantasy novel, Heirs of Grace, which I will fiddle around with for the next year or so, probably. It’s not sold, so there’s no hurry.

A new Marla Mason novel, tentatively titled Bride of Death, which will be (I hope) funded by a Kickstarter, which I’ll launch either this fall or next spring, depending on when some other projects get scheduled.

Another Pathfinder Tales novel; maybe two, if I come up with a good idea. And there’s a chance I might be asked to do a sequel to another work-for-hire book I just finished.

I like that to-do list. It’s a good mix of self-indulgence and actual jobs. As opposed to my earlier list, which was all actual jobs, with actual expectations.

I have a to-do list. Maybe it’s of interest as a list of things writers have to do that don’t involve spinning fanciful tales of might-have-been and never-could-be (with optional monsters and explosions)? Or maybe I’m just posting it so I’ll stop forgetting things and putting them off. You may never know!

This is in addition to doing the edits for my Wizards of the Coast novel, which should be appearing in my inbox shortly. And of course writing the remaining 50,000 words of City of the Fallen Sky by the August 1 due date. Then I have two stories to write in August, and one story to write in September, and of course another novel due in February 2012, and there are a couple of other projects percolating that might actually happen…

Plus, you know. Full-time job at a magazine. Marriage. Fatherhood. Etc.

It’s good to keep busy. And, actually, the back half of this year is comparatively leisurely compared to, say, last year. I’m not feeling too terribly overwhelmed, yet. Though I do dream someday of taking vacation time for reasons other than finishing work on a novel…

Just as I did two years ago, I’m throwing my shelves open to sell books. (Why? Well, I have taxes due in a week, and I just got word that a check I was expecting is going to be delayed for a couple of weeks, which will make ugly little minus signs appear in my checking account. Gotta fix that.) I’ve dug deep into my storage boxes for this one, so some of the quantities are extremely limited, and some of the works on offer are rare and unlikely to be seen for sale again.

The rules: most items are cover price (rounded up because pennies make me sad), and I’ll offer them signed or unsigned, inscribed or uninscribed, as you prefer. Add $4 shipping per book for mass market/pocket-sized paperbacks (and weird small stuff like magazines and chapbooks), $6 for trade paperbacks and hardcovers in the US. Non-US people: add an extra $5 for shipping.

Comment here or send an e-mail to timpratt at gmail dot com with a list of what you want to buy, whether you want it signed or personalized, etc. I’ll confirm whether or not everything you want is still available, and also confirm the total price. Then you can paypal me (timpratt at gmail dot com). Do e-mail or comment before sending money, since I’m selling things first-come-first-served.

Here’s what I’ve got (it’s a long list, but for some of them I have very limited copies):

Now, some stuff that’s not by me, but that includes work by me:

And for you cosmopolitan types:

Buy early and tell your friends! The sale will run for a few days or until I run out of books, and I’ll ship things this weekend.

Broken Mirrors is now on sale for the Kindle! (And all those other devices that can read Kindle books. I’m working on other formats and venues. But it’s a start.)

My lovely wife is off to New York, as she’s in the wedding party of a certain World Fantasy Award nominated friend of ours (hi Susan!). Meanwhile, I’m here in California with the kid, enjoying this strange and brief window of actual summer weather. Solo parenting is rather more exhausting than team parenting, but the fact that my son is a total sweetheart helps. I took today as a vacation day, since he’s been stuck at my workplace three of my last four working days, and I didn’t want to drag him in there again. So instead: we’ll go to a park or two, and get some gelato, and go to the library, and otherwise have a nice time. Hope you all do, too.

I’ve had a blog at Livejournal for years, but I’m going to be cross-posting here as well. If you’d like to see older stuff, feel free to follow the link above and rifle through my archives. And comment at either site; I read it all.